According to "One Hour Wargames" the Army of Robert E. Lee (see below, two cavalry units, five infantry units and two artillery): 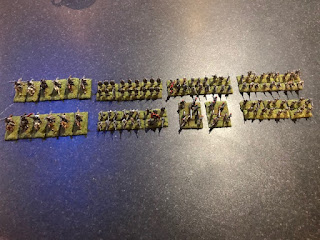 The bases are now flocked (see below, basic flock and a generous static grass overlay - the cavalry six bases per unit): 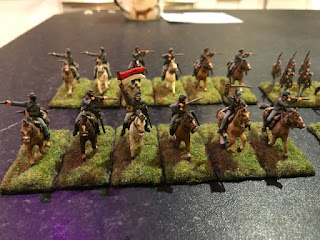 The infantry (see below, the units are using a combination of marching or shooting poses, each has six bases with three figures to a base - in the game flags would denote "an elite unit"): 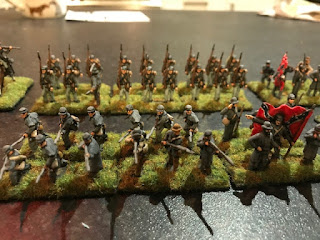 The artillery (see below, one artillery piece and five crew to a unit, so two units below): 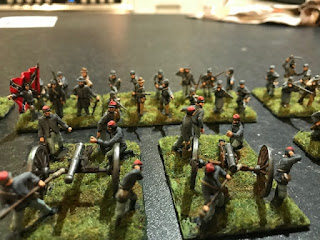 More infantry ready to give those damn Yankees the "Rebel Yell" (see below, I may experiment in coming back to the front unit to give them light blue kepis but I need to investigate the Confederate infantry uniforms a little more): 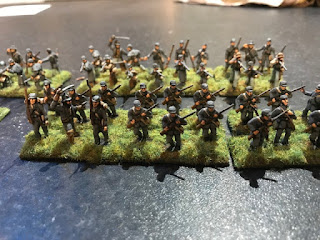 I now pronounce the 20mm ACW Confederate Army as combat ready for the "One Hour Wargame" rules. A small matter of the Union Army to paint next (for simplicity's sake the One Hour Wargame rules has this identical in composition to the Confederate forces).
Posted by Geordie an Exiled FoG at 22:42