A long time ago this wargaming project was started .. and now perhaps its time has come to finish. The 2mm Austrian army seeks a small French opponent (see below, the Austrian army had progressed quite nicely): 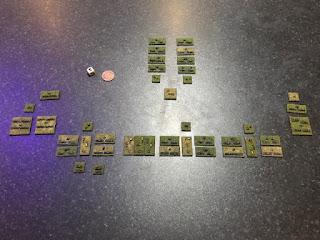 2mm certainly gives the impression of numbers (see below, which to me defines an essential aspect of the Napoleonic period) : 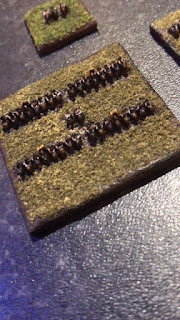 All that remains to be done is give the Austrians some decent French opponents (see below, they are even based up but currently "a study in black", to the top right of picture you can see a "column" of troops moving up): 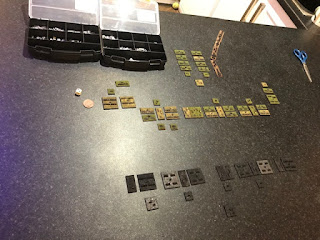 There are also plenty of "silver legions" to add to the cast of thousands (see below, the troops in question came from the Irregular Miniatures range): 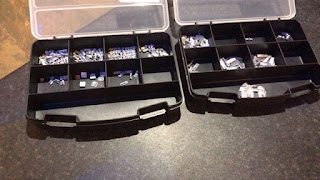 Alongside the bases were cryptic notes to a couple of 1814 battles in France I had made!
Posted by Geordie an Exiled FoG at 07:00

I like thieves lot..quite tempted to have a go at 2mm myself.

Cheers Ray, they are definitely as strange adventure

Jim I take it you meant to say "I like these quite a lot" or was it a RPG reference ;)

I have quite a few 2mm troops, both modern and horse and musket. While the guys with vehicles look good (esp multi based) Tbh I do find the infantry and cavalry a bit fiddly unless I mount them in big clumps on sabot bases.