As I was in the loft I came across some PSC models I had (almost) forgotten about (shame on me), the Loyd Carrier and 6 pdr AT gun + crew. One of which had already been made up as the 57mm US AT gun for my PSC American troops. I decided as it was not a big build to spend the idle time one Saturday afternoon while watching the Davis Cup (good old Any Murray) to put the two (bargain) carries, the remaining gun and crew together (see below, please note the very useful "ammo boxes" that can be used for "ammo low or disruption markers"): 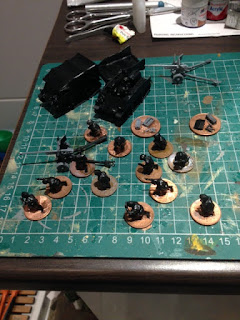 A close up shows how "nice" the crew are. Unlike their venerable Airfix counterparts a small amount of assembly is required, but it is well worth the effort (see below): 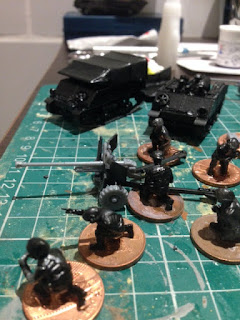 The previously constructed US 57mm AT gun (see below): 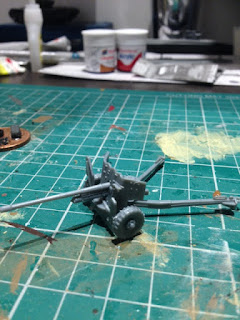 All-in-all a very tidy collection of artefacts, a nice model box and although I was only 50/50 at the time of purchase (I purchased on the back of the PSC quality) I an very, very glad I did :)
Posted by Geordie an Exiled FoG at 10:30

Excellent Geordie. I just managed to get a box of these myself after hunting for years down here.

Some more close ups once you start painting.