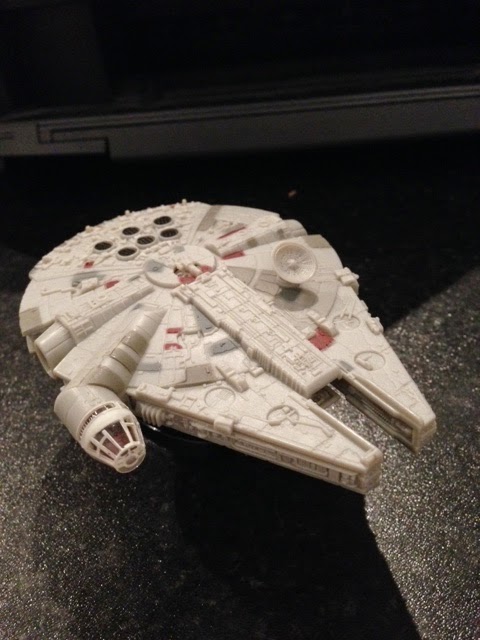 The excuse to snap this together was of all things a school project about erm, "Space". I might have been stretching the context to have a bit of weekend fun with my son ;)

Note: I did resort to the "let a responsible adult use superglue" to fix things I thought would 'pop-off'. I know it was advertised as a 'no-glue required kit', but neither the laws of physics or the consequences of kids playing with toys believe the marketing blurb ;)
Posted by Geordie an Exiled FoG at 07:00 No comments:

"These are not the Colonials you are looking for!", but I bought them anyway. Somebody else had snaffled the Mel Gibson lookalikes but thanks to Mark Urban's tome I had enough interest to put these in my shopping basket (see below): 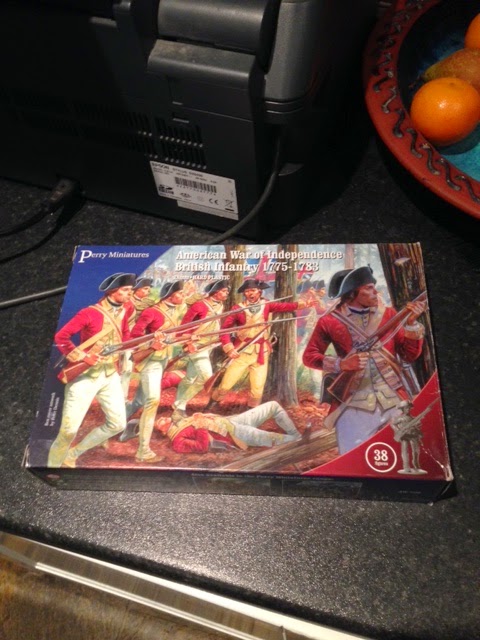 The figures can be assembled in so many different variety of headgear a multitude of options exist, however on the back of the box it says these are "Centre Company" or "Hat Men". A closer look at the Perry's Web-Site mean revealed that the sexier stuff is available in metal (doubling the cost from £0.50 a figure to roughly £1.00), such as Mark Urban's 23rd Welch [sic] Fusiliers.

I shall try and steer away from the metal, but certain infantry troop types, cavalry and artillery will lure me there in due course ;)

Hmm, yes I seem to have been bitten by another "shiny madness bug"!
Posted by Geordie an Exiled FoG at 07:00 4 comments:

The Phases of Battle (Sequence of Play)


Any comments or thoughts (including requests for more explanation) on the above appreciated ;)

WWI North Sea Battle Cruiser-Actions, Beatty versus Hipper: Round One 1914.


"Now you see them now you don't, Battle Cruisers in the mist!" 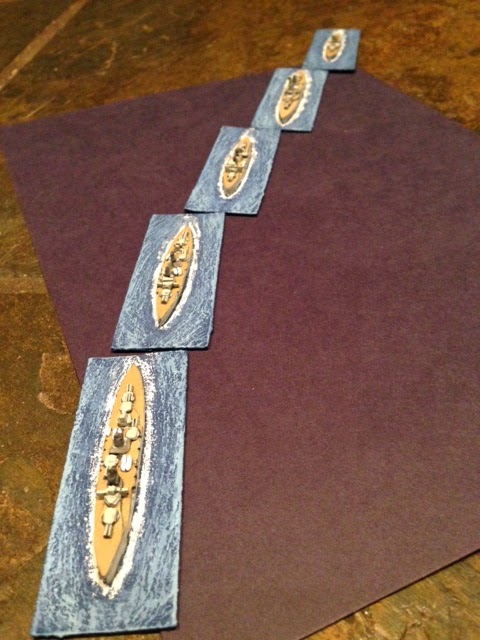 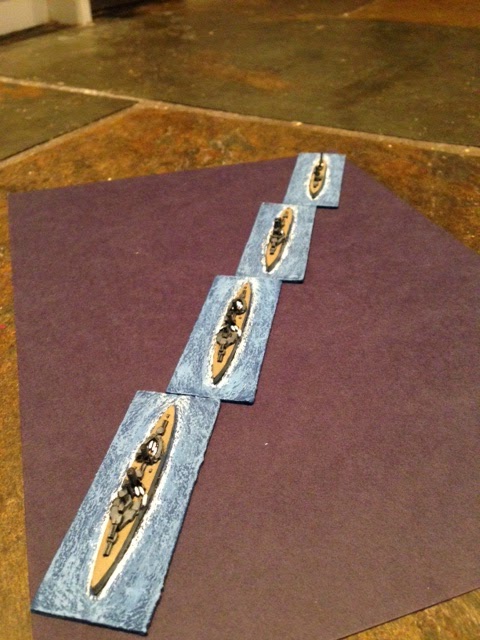 Note: Unbeknownst to the Germans, in terms of Capitol Ships, they actually possessed a numerical superiority of ONE. Despite this they were always thinking in effect they were numerically inferior. This was due to RN Battle Cruiser commitment to other theatres, namely fighting the Goeban and Von Spee. However this superiority is somewhat artificial as the SMS Blucher is technically an Armoured Cruiser rather than a true blood modern Battle Cruiser.


The goal is to develop a solitaire card and dice driven naval combat system (because it is so hard to find an opponent and it is good to replay scenarios over and over again).

The assumption is that the active player is the RN Commander (aka Beatty), for WWI 'contact' naval actions in the North Sea. The RN's goal, with the aid of secret intelligence (courtesy of Admiralty Room 40), is to ambush a German raiding force (aka Hipper) with superior forces and bring about it's destruction. The logic being that Command and Control problems for RN player is far greater, whereas the High Seas Fleet (HSF) is more concentrated, easier to control and is intent more on escape.

This type of scenario was played out several times during the course of the war (particularly 1914 to 1916) and seems an ideal test-vehicle for solo play.

"This is a  new idea since last posting. As I have been playing a lot of Chain of Command, it's Command Dice mechanic seems much more sophisticated and appropriate that my initial musings using PiP points (aka DBA)"

Next: A historical scenario "The Scarborough Raid December 1914"
Posted by Geordie an Exiled FoG at 07:00 3 comments:

Thoughts on an AWI Project: Part I

Source of Inspiration:
Recently caught the last hour of Mel Gibson's "The Patriot" on television and was impressed with the look of the 'brown coated' militia and the blue-coated American militia in the battle scenes. That "twitchy painty" feeling started tingling in my bones. What to do? What to do? Wait and see if it passes? I can at least gather my thoughts ... and ask for advice from fellow bloggers. 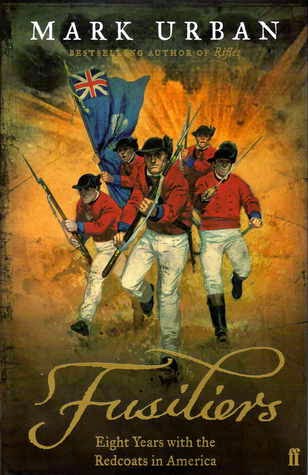 References for other introductory books appreciated?
Posted by Geordie an Exiled FoG at 07:00 4 comments: