A touch of FrostGrave (II) .. Welcome back to the D&D in a Death Match scramble for Magic Items

I discover there is no end to my magic users talents as he summons or rather animates a corpse into a zombie [see lady in red below] to be totally under his control, mawahaw, evil laughter. Sadly she is very slow to get into combat and upsets my own thugs in the process, something about sharing combat space with an undead creature (see below, the magic user doing his stuff with his ever faithful Ninja by his side as per usual): 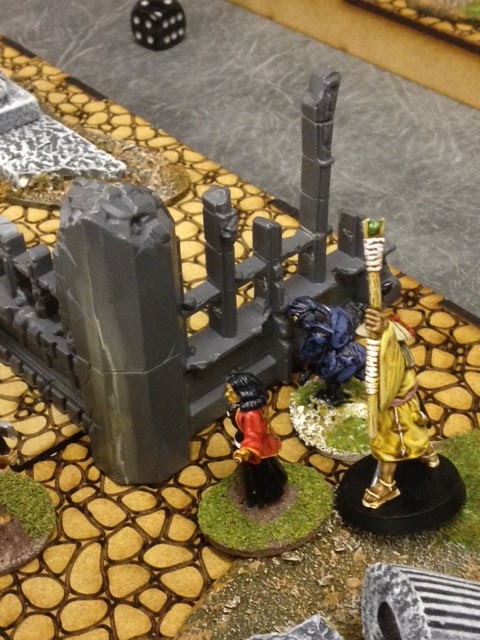 The battle for the disputed artifact token heats up as I draw up most of my fellow grave robbers troops to me. My imp is going sterling service for his master in the background but is soon to become a victim to a lucky "stab in the dark" from my adversary so much for animated monsters (see below): 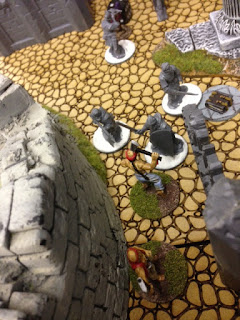 The spoils remain evenly split at three treasures a piece (a profitable draw) as I am repulsed back in the centre by my opponents mercenary fighters. Although I did take out two of his henchman off camera thanks to the poison blow dart of my Ninja! The wizard and apprentice decide to safely safely depart as discretion is the better part of valour, before the inevitable wandering magical super-guardian monster(s) appears to see what all the noise is about (see below, the zombie is showing what a useful ex-human shield she can be): 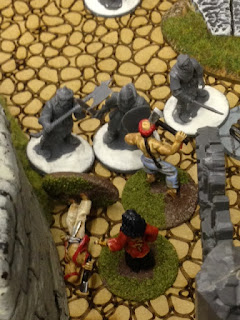 As a finishing touch I prepare a clever piece of magic which will steal me the last treasure item. A super charged magic missile is prepared with the last of my manna. All I need is a good high dice roll (see below): 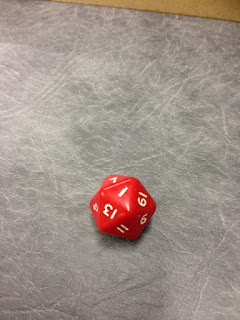 And I blow my hand off! Ow, time for my one-handed magician to re-embark on his balloon boat out of FrostGrave, feeling sorely chastised for going one spell too far. Still I have plenty of time to peruse the magical tomes on the flight home.

Summary:
FrostGrave is an excellent way to recycle old AD&D figures and floor plans along with nerwer 28mm fantasy and Dark Age wargaining figures :)
Posted by Geordie an Exiled FoG at 07:00