A purchase, but not recent purchases. In the dark recesses of a warehouse in the UK there lurked packets of sinister grey science fiction "space ships"  wanting an interstellar owner [PSC bargain transporter packs of thirty two for "eight quid" plus P&P] note, nominally transports, they look military to me]. One quick internet press later and two packets were acquired by a Ferengi style "agent" in the north (see below, a dubious looking sinister image picked up on local reconnaissance radar systems): 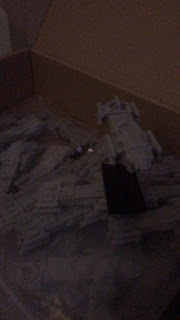 I am thinking that they are classic battleship looking things to me for "some form of" science fiction space fleets battles rules - including use in Billion Suns which I have previously acquired (see below, although this is more of a corporate warring escalation game. rather than a "Jutland in space"): 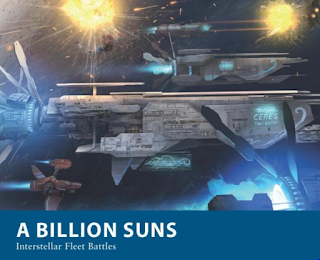 This is a slow burn thing for 2022 and beyond and a can of spray paint will appear at some point.
Posted by Geordie an Exiled FoG at 07:00