The Umpire's narrative moves on to its final instalment ...
The German Player:
Klien was nominally the officer of Rhomer's platoon. Only 19 years old, he had not seen combat before, and was envious of the way the other troops respected and deferred to the grizzled sergeant. He had been terrified when the Sherman had appeared, but the Pak guns success, and Rhomer's bold individual counter attack spurred him forward. He would show everyone he was a combat soldier too! Gathering the remaining squads of the platoon he followed his sergeants route around the flank of the Ami positions. He saw a US officer stumble out of a building to be cut down by MG fire. Now was his chance - he ordered Rhomer to hold his position and boldly charged the remaining US position with his other two squads. Rhomer shouted a warning, but the young officer either couldn't hear him, or chose not to (see below). 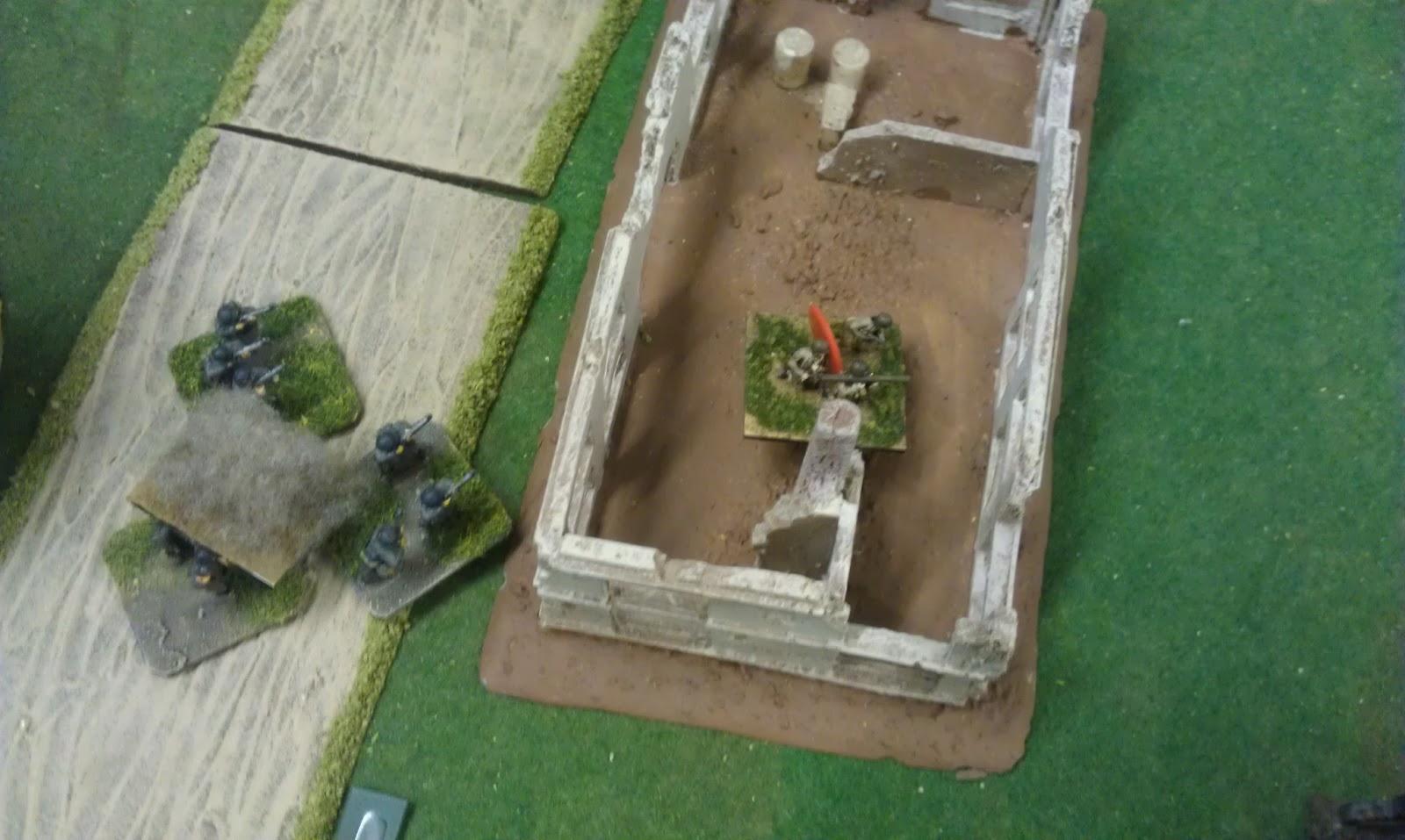 The US Player:
The US 2nd Platoon hadn't all been wiped out in the initial failed assault. Corporal Myers and his squad had been ordered to support the other squads by fire. They had watched with horror as the platoon was first pinned then killed by HMG fire before they reached their objective. The survivors were in poor shape, but there was still fight in them yet. As the Germans rushed into their building the squad held their fire until the last moment, then came the whirlwind of automatic fire, grenades and hand to hand combat with rifle buts, bayonets, knives and teeth. Miers watched as though in slow motion the young German officers face looked puzzled, not understanding why there was a US bayonet in his stomach. Myers fired, the shock of the bullet helping clear the body from his M1, then looked around. There were dead and dying Germans everywhere, but the three men left in his squad still held the building (see above).


Lange saw the assault, and closed his eyes in despair. What a waste, charging in like that. Two squads lost in a brave but foolish charge (see above). 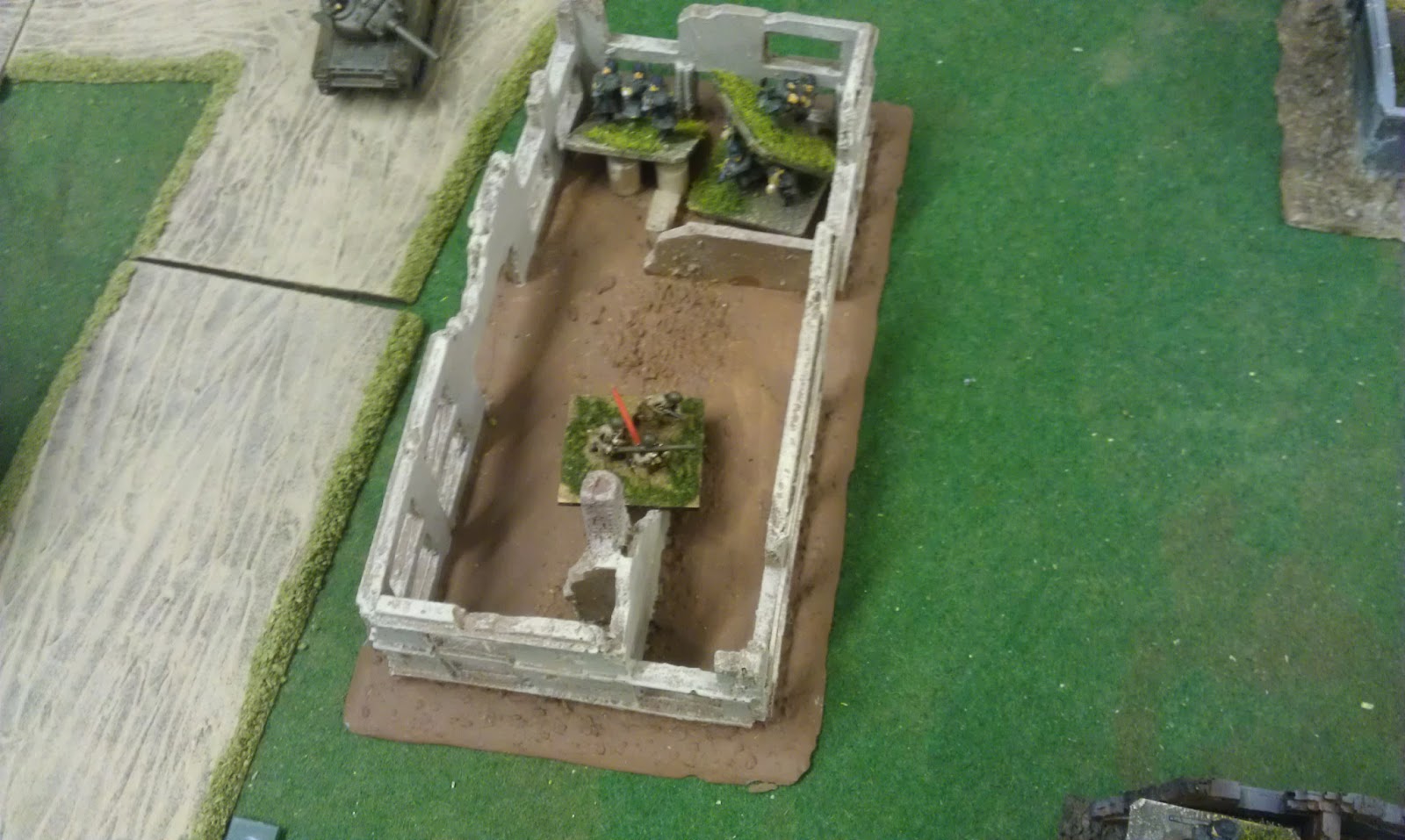 Myers saw the Germans massing again for another assault, this time through the adjacent building. He realised his men didn't have the strength to hold. Grimly he reloaded his rifle, then lit a last cigarette to share with his men, and waited (see above). 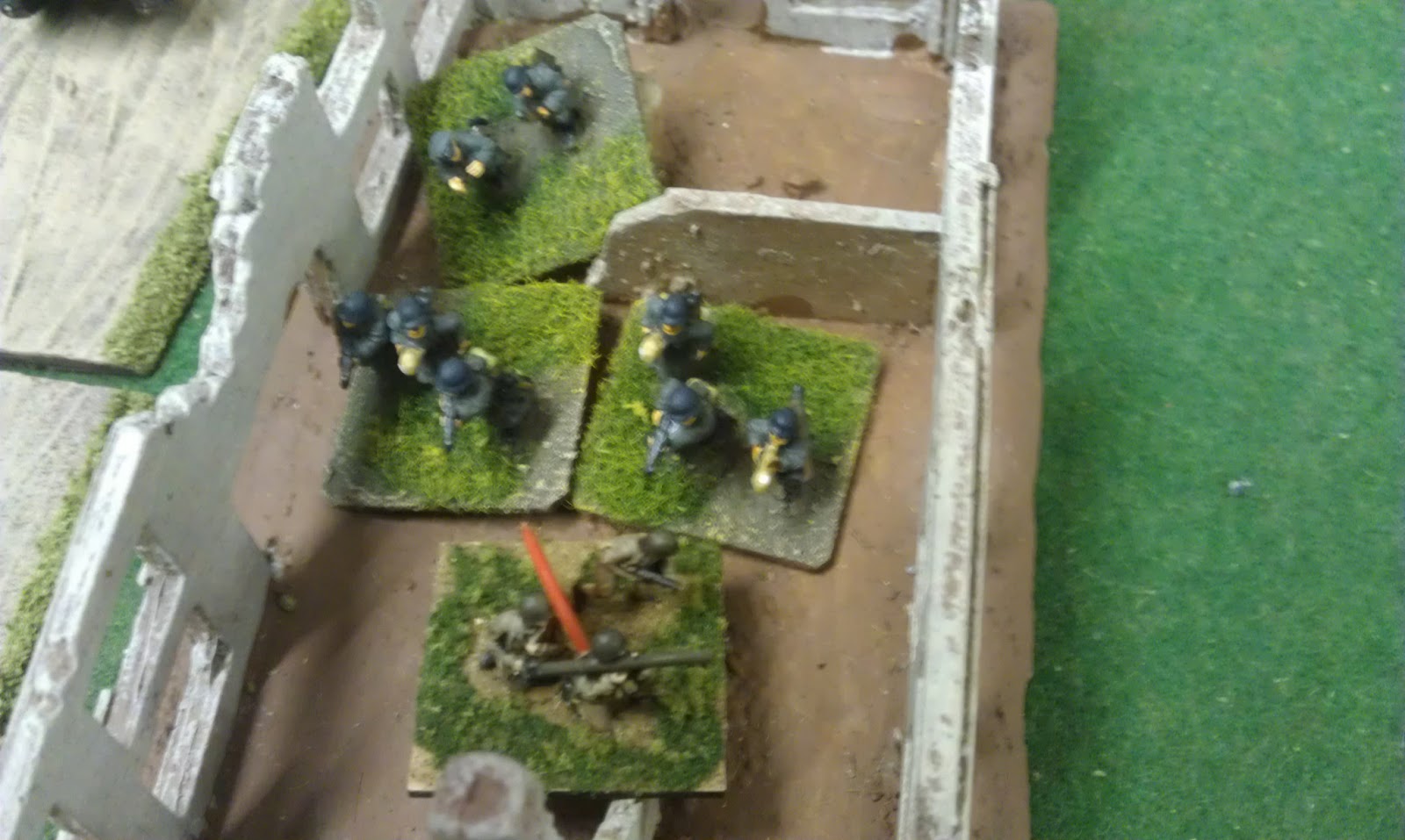 The German Player:
Rhomer saw Lange lead the reserve platoon into the occupied building. Lange did it right, infiltrating through the ruin next door, then there was a sharp series of explosions, stick grenades being thrown, and a flurry of shots. Moments later Lange appeared, and gave the "all clear" signal.

Silence returned to Opteroon, broken only by the crackling sound of the burning Sherman tank at the crossroads.

Game over and a deep breath, I had never played such a roller coaster of a WW2 game before. I was amazed at the chaotic experience the CrossFire initiative passing delivered. The intensity of the experience where a single mistake can brutally expose disaster to  "force" (and not by just rolling a "ten" on the dice) was very chastening.
Note: I cannot wait for CrossFire game No.2
Posted by Geordie an Exiled FoG at 08:00

Geordie,
Glad you enjoyed Crossfire. To echo the sentiments of other Wargamers, it's a shame Crossfire never got the recognition it so richly deserves.

I don't think any other game captures the "feel" of infantry combat like CF does - even FOF.

The risks assumed by the commander and randomness of the action really make one heck of a game. Wonderful series of posts, thank you sir!