Rigging, sails and masts torn away the British 100 gunner is hard to move, her only choice is really plough on or face a bow or stern rake (see below): 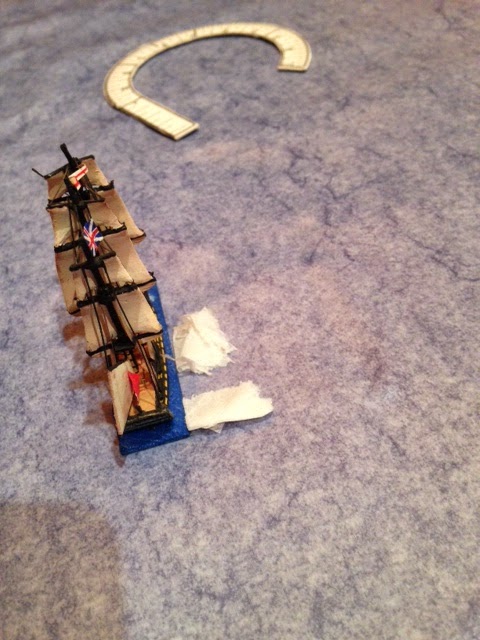 The lead French ship is at least suffering too (see below): 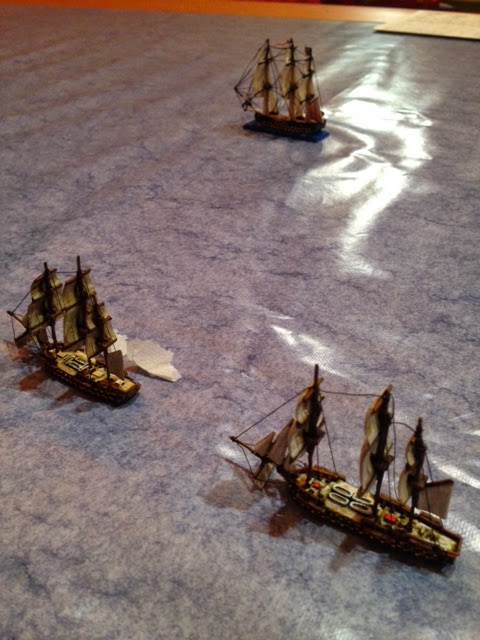 However she presses on impressively fire another telling broadside (see below): 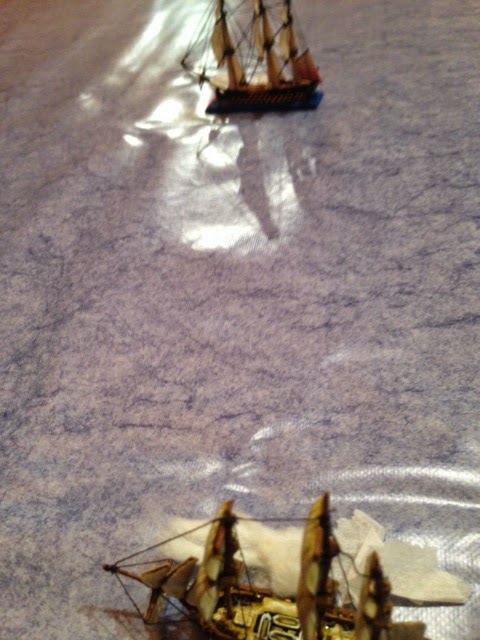 Covering the second French "Sea-Wolf" to close to the vulnerable stern side of the British ship. Not quite there for a stern rake yet, but yet more rigging hits (see below): 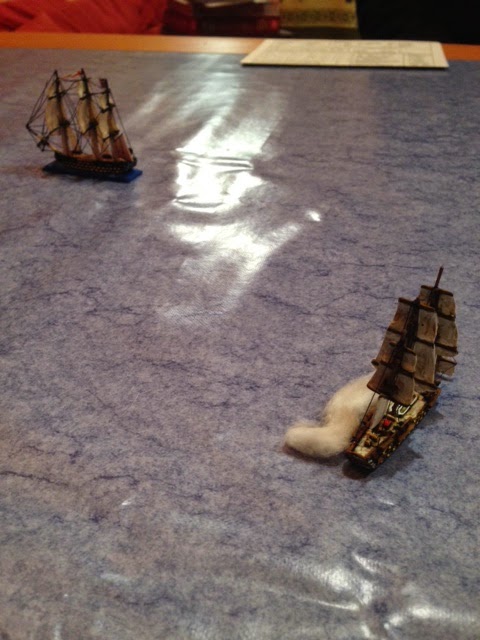 There is still plenty of fight left in the British ship, but with her decreasing amount sail she is slowly becoming a fortified island rather than a ship of the line (see below): 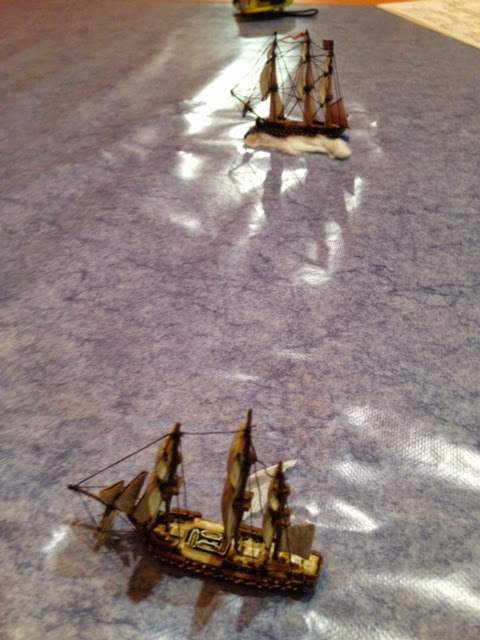 Here we called a close to proceedings. The consensus being that unless British "help" turned up the 100 gunner was a lost cause. She may have taken a Frenchman with her but it seemed almost just a "matter of time".

Two French "ships of the line" versus one British "ship of the line" had swung the odds too much in favour of the French. What was also interesting is that the jump between "third rate" to "second or first rate" ships seems to be less of an increase in killing power than we expected. "Third rates" can stand in line of battle and trade it with their bigger cousins. Especially RN "third rates"!

Coming soon to the "wet wargaming table": Three French versus Two British!
Posted by Geordie an Exiled FoG at 08:00